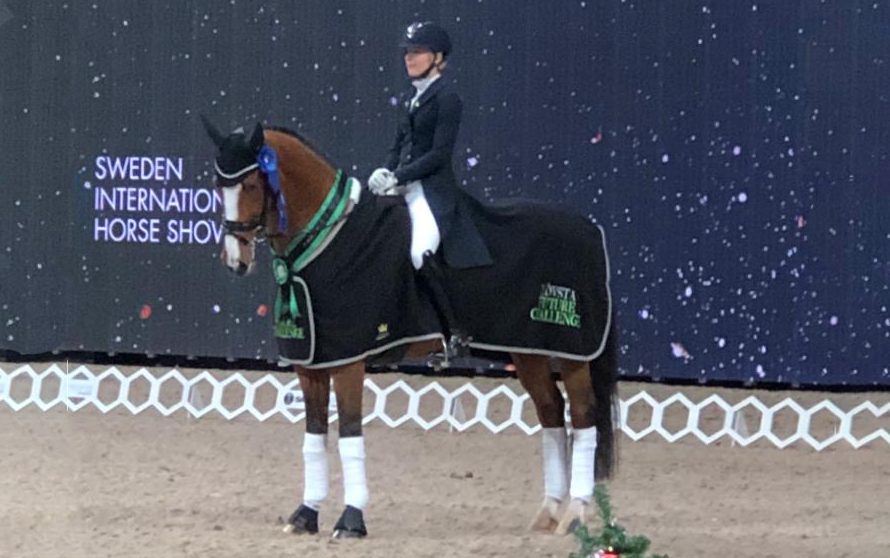 During the year, Tullstorp rider Ida-Linn Lundholm & Empire has competed a number of qualifying competitions. At the end they were one of the four best combinations to compete at the great final at Friends during Sweden International Horse Show this weekend.

The final has just come to an end and they received a fine 2nd placement in the great Lövsta Future Challenge Cup final in Grand Prix for Young Horses. The winner was Johanna DueBoje & Macy Klövenhöj.