By Catharina Brink 25 February, 2020 No Comments 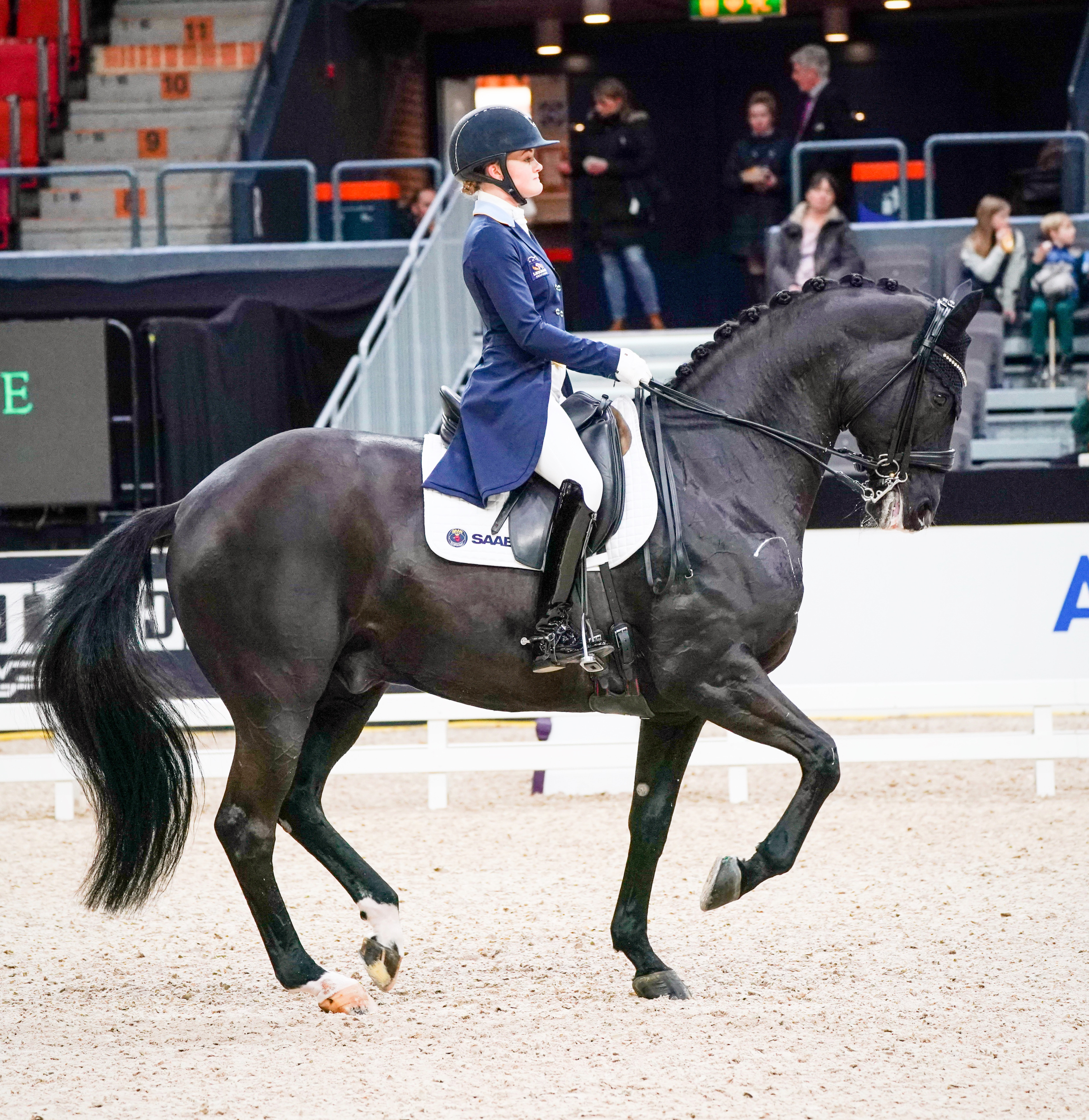 Tullstorp student Emma Jönsson from Särö Stable did her first international show of the year last week.
She competed at the great indoor meeting of the season, Scandinavium, during the World Cup at Gothenburg Horse Show.

In the Grand Prix on Wednesday they had a couple of expensive mistakes and finished on a 4th place with 68,205%.

On Friday, they were up for revenge and did a wonderful test. They were rewarded with 74,225% by the judges and ended up
on a 3rd place with less than 0,4% to Josefine Hoffman & Hönnerups Driver that took home the victory with 74,617%. 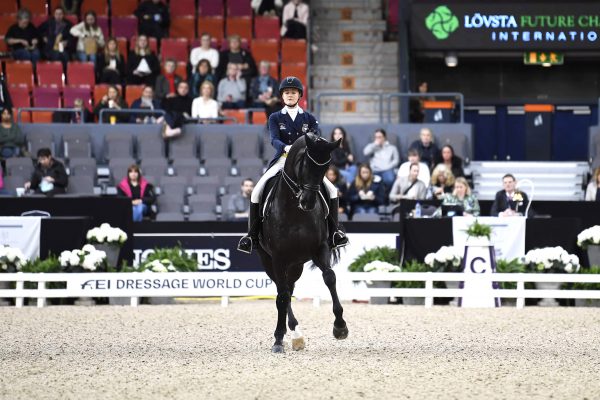 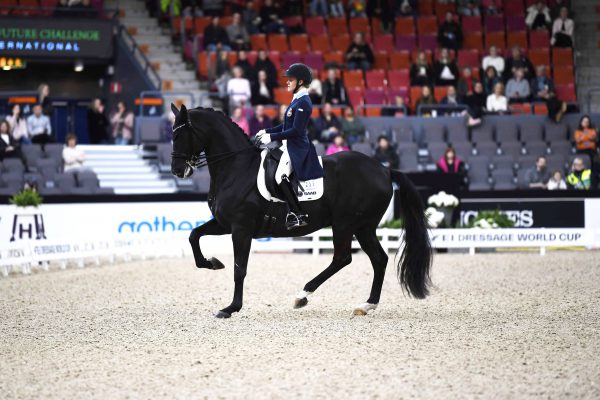 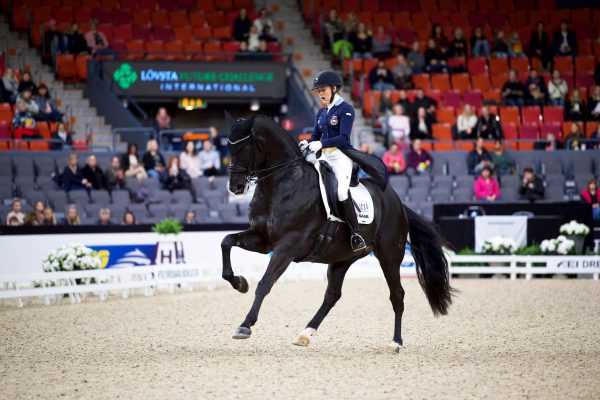 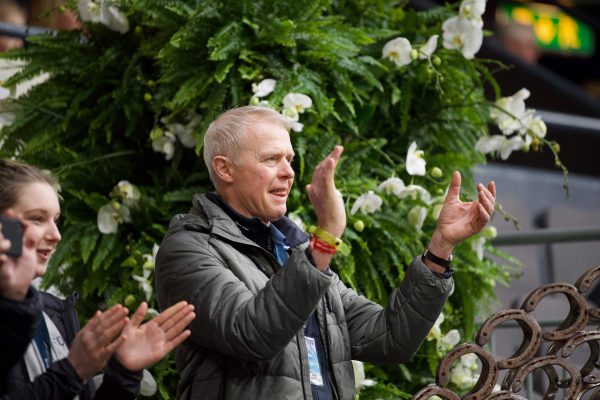 Trainer Jan Brink applauses his student after a great ride