By Catharina Brink 5 August, 2021 No Comments 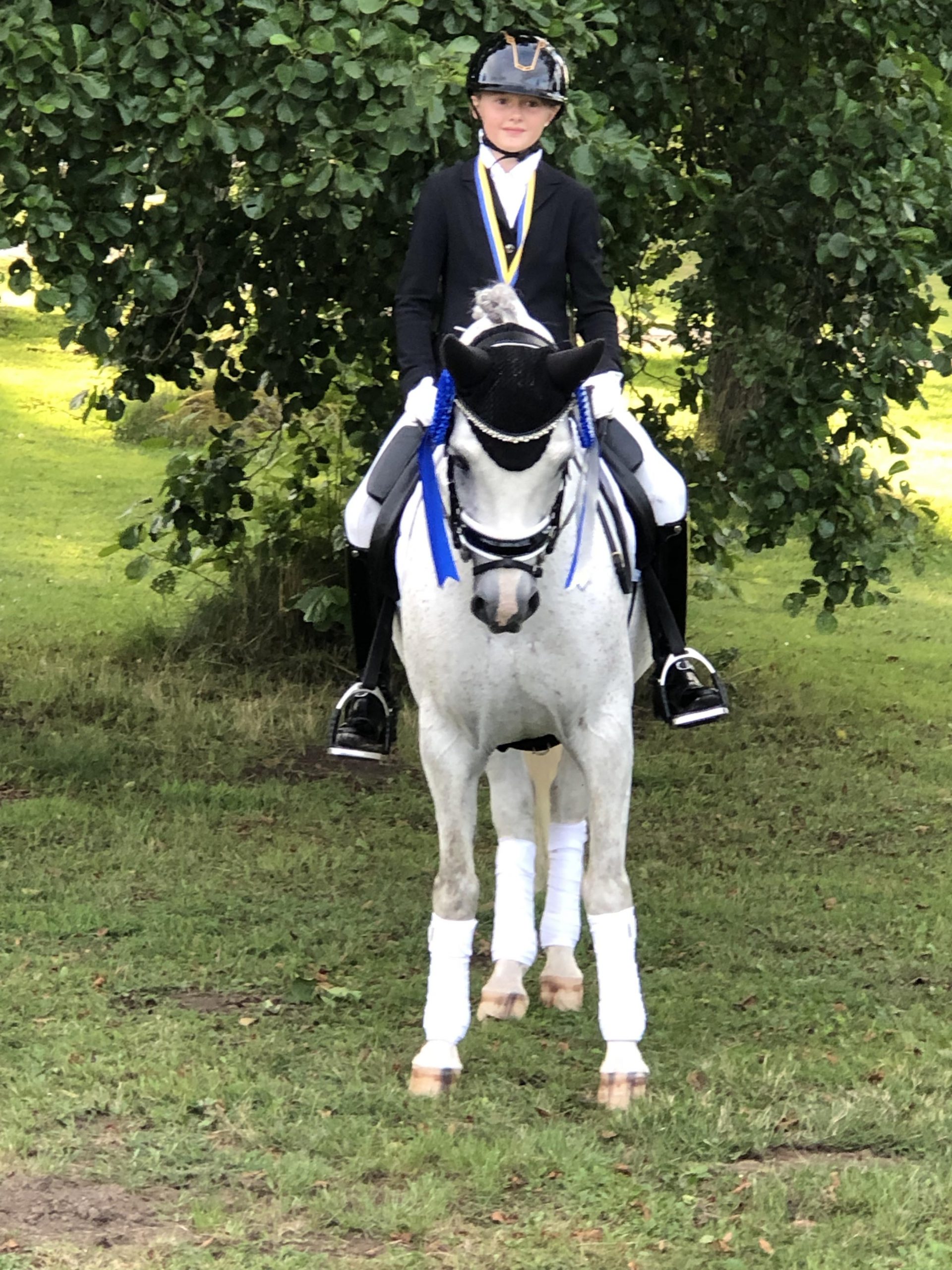 Angelina competed the pony Weber af Kongshöj (Dressman II x Marchi) in the
championship for category C ponies and once again as the youngest rider in her category.

In the first qualification on Thursday, they competed in the FEI Team Competition and were placed 4th with 68,714%.

On Friday, they were placed 2nd with the same exact score as the winner Ronja Kardos & Brännornas Rigoletto, 69,505%.

In the total individual Championship the combination finished 2nd and received the Swedish Championship Silver Medal. 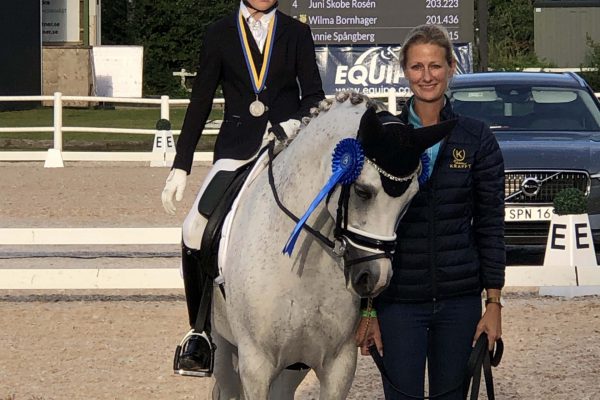 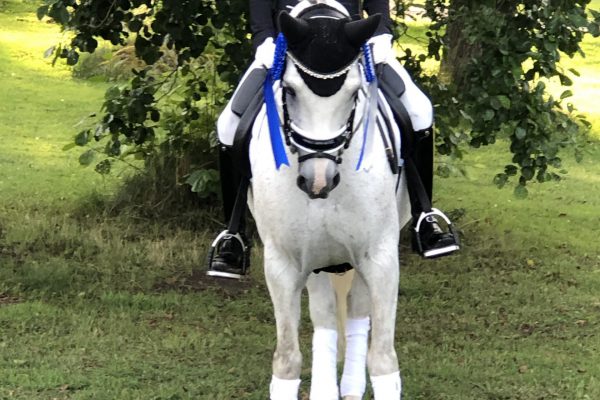 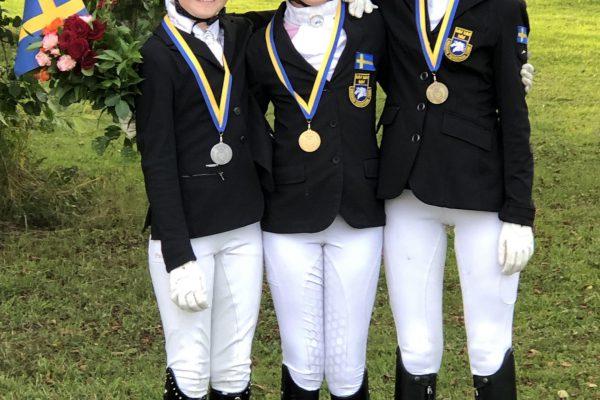